Florida Gas Prices Up About A Dime : NorthEscambia.com 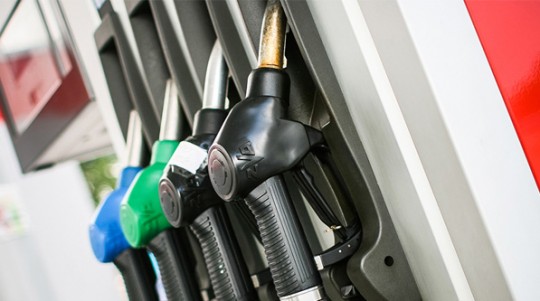 Florida gas prices jumped an average of 10 cents per gallon last week. This was the fourth consecutive month that begin with higher gas prices; each one with an average increase of 7-12 cents.

Sunday, Florida drivers were back to paying $2.19 per gallon on average. Despite the recent increase, drivers are still paying 30 cents per gallon less than this time last year.

The average price per gallon Sunday night in Escambia County was $2.13. North Escambia drivers could find as low as $2.05 at a Highway 29 station in Cantonment, while the warehouse clubs in Pensacola dipped to $1.90.

“It’s not uncommon for gas prices to suddenly jump at the end/beginning of the month,” said Mark Jenkins, spokesman, AAA – The Auto Club Group. “That’s because many retailers enter into new monthly contracts on fuel deliveries, which can come with a higher price tag. When retailers pass the added cost to the consumer, they do it at the start of the month, then allow the market to dictate the direction of prices from there. The good news for drivers is that during the past few months, we’ve seen fuel prices trickle lower as the month progresses.”

Gasoline demand back-tracked for the week ending Oct. 9, decreasing from 8.90 million barrels per day to 8.58 million...

Cheaper gas in Vernon Photo: Contributed Gas prices have hit 99.9 cents per litre in Vernon at the Super...

PACIFIC PALISADES, CA —Gas prices across the Southland have hit lows not seen since 2017, according to the Automobile...

The wait operation timed out