It is a long-running observation of UK drivers that the fastest vehicle on the motorway is not a supercar, or even the BMWs and Audis beloved of mile-churning regional businessmen, but the white Mercedes-Benz Sprinter van that stays just inches from your bumper in the fast lane.

So it might sound alarming to hear that filling the van’s fuel tank is not just diesel, but diesel that may have been blended with jet fuel. The world’s refiners, struggling to find a home for a product for which demand has collapsed during the pandemic, have blended it into the fuels powering everything from vans to ships.

To mix a premium product into the wider diesel pool suggests something is seriously awry in the global oil market: refineries are struggling to turn a profit as overcapacity in the sector meets tepid demand for its end-products.

This is having an impact on crude prices, according to traders. Oil prices have recovered somewhat since the darkest days of April, when Brent slumped below $20 a barrel and US crude even turned negative as global demand collapsed by more than a quarter during widespread lockdowns.

Opec and its oil-producer allies such as Russia have been successful in cutting production enough to allow prices to get back to around $40 a barrel, although they are still down by more than a third from where they started the year.

But one of the key reasons crude’s recovery has stalled since June, with Brent largely stuck between $40 and $45 a barrel, is the refinery issue. The supply of crude has tightened, as producers pump less. Demand has picked up a bit as lockdowns have been unwound, though concerns on consumption are growing again.

Demand for these fuels is still relatively weak, estimated to be down globally by 7 per cent to 10 per cent on average compared with last year’s levels, according to forecasters such as the International Energy Agency. Consumption of jet fuel is down by as much as two-thirds in some countries.

And there is now far too much refining capacity, in part because assumptions for demand growth that encouraged a spate of new plants in Asia in recent years have been turned on their head by the pandemic.

That has pushed profit margins down to such a level that refiners are not incentivised to buy additional crude even where there are pockets of demand strength such as in Asia, where some countries have recovered more quickly from the pandemic than global peers.

Oil traders and analysts are now arguing that if Opec wants to see higher crude prices — which members spanning Saudi Arabia to Nigeria desperately need to fulfil national budgets — then some refineries are going to have to shut for good.

The problem for Opec is that, outside of their own countries, they have little direct control over refining capacity, with a few exceptions such as Saudi Arabia’s ownership of Motiva in the US.

They instead need to wait for refinery owners in developed countries in Europe and North America, or nations such as Japan and Australia, to rationalise older sites and decide which need to shut. 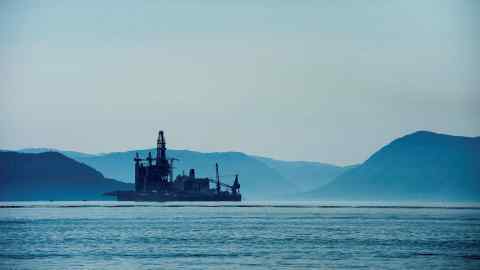 Wood Mackenzie, a consultancy, estimates that around 3m barrels a day of capacity will need to close globally in the coming years to get the industry back to balance. Around 5m b/d of capacity should be considered “at risk”, it says — the equivalent of almost 25 average-sized plants.

But refinery closures are not always straightforward. Governments get twitchy when they fear they could become more reliant on imported fuel and will often put pressure on companies or provide subsidies to keep refineries open. Australia, for example, announced a subsidy earlier this month to improve its fuel security.

This makes a further recovery hard to call. “You either need to a see a very strong recovery in demand — and that looks very unlikely at this time — or you need capacity to shut,” said Alan Gelder at Wood Mackenzie.

“But it’s not straightforward, as countries don’t tend to like to see refineries shut, for security of supply reasons, as well as employment.”

Some Europe-based refiners are considering converting their plants to biofuel in response to government efforts to cut pollution without having to see big industrial operations close.

All this bodes ill for the oil market. Refinery closures are likely to become a drawn out battle of attrition. And any conversion comes with a big cost attached.

Opec may need to accept that any oil recovery is going to be a marathon, not a sprint, as long as jet fuel is powering white van man.

Glut of oil sitting on tankers shows signs of shrinking