Stock Market Live: Indian indices were trading higher, tracking a rally in global markets, led by buying in key sectors. Broader markets were also in-line with the midcap and smallcap indices up 0.8 percent each. No stocks were in the red on the Nifty50 index while Powergrid, Hindalco, SBI, Tata Motors and JSW Steel led the losses. Among sectors, the metal index was up the most, 1.3 percent while Nfty Bank and Nifty Realty also rise 1 percent each


DPIIT Secy Guruprasad Mohapatra tells CNBC-TV18 that the government is looking at actions like raising import protection for key items. He notes that India faces an import challenge in sectors like furniture and leather. PSBs to need capital up to Rs 2.1 trillion over next 2 yrs; govt support to continue: Moody’s

Public sector banks will need external capital of up to Rs 2.1 trillion over the next two years and the most likely source to plug this shortfall will be government support, Moody’s Investors Service said on Friday. According to Moody’s, the sharp slowdown in India’s economic growth, exacerbated by the virus outbreak, will hurt the asset quality of public sector banks (PSBs) and drive up credit costs. Read more here.

Shares of Strides Pharma Science rose 8.16 percent to Rs 614.65.on the BSE on Friday after the company received the approval of US Food & Drug Administration (US FDA) for Ursodiol Tablets used for treatment of patients with primary biliary cirrhosis (PBC). PBC is a progressive disease of the liver caused by a buildup of bile within the liver that results in damage to the small bile ducts that drain bile from the liver.

Shares of Max Healthcare Institute listed at the bourses at Rs 112 per share — at Rs 112.3 on the BSE and Rs 111.7 on the NSE — on Friday. The shares were locked in the 5 per cent upper circuit band with a combined 0.82 million shares changing hands within the initial minutes of trade.

Oil prices climbed on Friday, on track for a third consecutive weekly gain, pulled higher by major oil producers’ efforts to hold back output amid concerns about economic recovery from the coronavirus pandemic. U.S. West Texas Intermediate (WTI) crude futures rose 13 cents, or 0.3 percent, to $42.95 per barrel at 0505 GMT, on track for a 2 percent rise for the week. Brent crude futures were up 17 cents, or 0.4 percent, at $45.07 per barrel, heading for a 0.5 percent rise for the week. Both benchmark contracts fell around 1 percent on Thursday on economic concerns after weekly U.S. jobless claims came in higher than expected.


Top Sensex gainers and losers at this hour 
Blue Star | B Thiagarajan of Blue Star says that the company will end FY21 with 80-85 percent of FY20 sales. He expects to company to see 100 percent normalcy by Q4. Buzzing | Shares of Jindal Stainless rallied over 13 percent to hit fresh 52-week high of Rs 53 on the BSE after India Ratings affirmed its long-term issuer rating at ‘IND 888’ with a ‘stable’ outlook.

Technical View | We have opened smartly and well above the 11,350 level which is a positive sign for the Nifty. We should be headed to 11,500 and then 11,700. There is every possibility that we achieve these levels by the end of this month’s expiry. The support continues to be at the 11,100 levels. A buy on dips strategy would be the best approach for traders to implement, says Manish Hathiramani, Index Trader and Technical Analyst, Deen Dayal Investments


Rupee Opens | Indian rupee opened higher at 74.93 per US dollar against the previous close. Shares of GMM Pfaudler surged 8 percent on Friday after the company acquired a 54 percent stake in its parent firm Pfaudler Group for $27.4 million. The stock rose as much as 8.1 percent to its intra-day high of Rs 6,360 per share. GMM, which supplies process equipment to pharmaceutical and chemical industries, has signed definitive agreements to acquire a majority stake in Pfaudler Group from the private equity firm Deutsche Beteiligungs AG Fund VI (DBAG) for the stake.

The government is planning to sell part of its stake in Indian Railway Catering and Tourism Corp (IRCTC) in the current fiscal, and has invited bids from merchant bankers for managing the sale process. “The GoI intends to disinvest a part of the paid up equity capital of IRCTC out of its shareholding through ‘Offer for Sale (OFS) method of shares by promoters through the stock exchanges’ as per Securities and Exchange Board of India (Sebi) Rules and Regulations,” DIPAM said while inviting Request for Proposal (RFP). The merchant bankers will have to submit their bids by September 10. The government currently holds 87.40 percent stake in IRCTC. To meet Sebi’s public holding norm, the government has to lower its stake in the company to 75 percent. More here

Opening Bell: Sensex opens 250 points higher, Nifty around 11,400; all sectors in the green

Indian indices opened higher, tracking a rally in global markets, led by buying in key sectors. At 9:18 am, the Sensex was trading 267 points higher at 38,488 while the Nifty rose 77 points to 11,389. Broader markets were also in-line with the midcap and smallcap indices up 0.8 percent each. No stocks were in the red on the Nifty50 index while Powergrid, Hindalco, SBI, Tata Motors and JSW Steel led the losses. Among sectors, the metal index was up the most, 1.3 percent while Nfty Bank and Nifty Realty also rise 1 percent each. Nifty Auto and Nifty Pharma also added 0.9 percent.

Asia’s stock markets bounced on Friday following Wall Street’s lead, but were set for their softest week in about a month as investors grapple with tepid economic data and lofty valuations after a huge rally that has wiped out coronavirus losses. MSCI’s broadest index of Asia-Pacific shares outside Japan rose 0.6 percent on Friday, though it is it poised to snap a four-week winning streak with a small weekly loss. Japan’s Nikkei edged up 0.3 percent but was headed for a 1.5 percent weekly drop, while a bond market selloff has also moderated in recent days as caution and summer-time lassitude weighs on the mood after the S&P 500 touched another record intraday peak. More here

Despite coronavirus crisis, the EPFO subscribers base increased by nearly 8.47 lakh members during the first quarter of FY21, according to provisional payroll data released today. The update suggests that the COVID-19 pandemic outbreak had adversely affected the enrolments in April and May 2020. Despite lockdown, about 0.20 lakh and 1.72 lakh net new subscribers were added to social security schemes of EPFO in April and May 2020. According to payroll data, there were recovery in June with addition of 6.55 lakh net subscribers, registering a 280 percent month-on-month growth. The subscriber base growth is on account of increased number of new subscribers, lower exits and higher rejoining by exited members, an EPFO statement said. The new subscribers joining have increased by 64 percent from 3.03 lakh in May to 4.98 lakh in June. In addition, the exits from EPFO subscriber base declined by nearly 33 percent from 4.45 lakh in May to 2.96 lakh in June 2020, according to the statement.

Axis Mutual Fund on Thursday sold more than 94.96 lakh shares worth over Rs 152 crore of V-Guard Industries through an open market transaction. As per block deal data available on the NSE, the company’s shares or little over 2.22 stake were offloaded at an average price of Rs 160.25 apiece. They were purchased by SBI Mutual Fund. Shares of V-Guard Industries on Thursday rose 6.40 per cent to Rs 170.50 on the NSE. On the BSE, two promoters of Sequent Scientific Ltd offloaded shares valued at more than Rs 400 crore through open market transactions. The promoters — K Ravishankar and Arunkumar Pillai — sold a total of 3,13,99,895 shares, or 12.64 per cent stake. They were sold at an average price of Rs 127.9 per share. More here 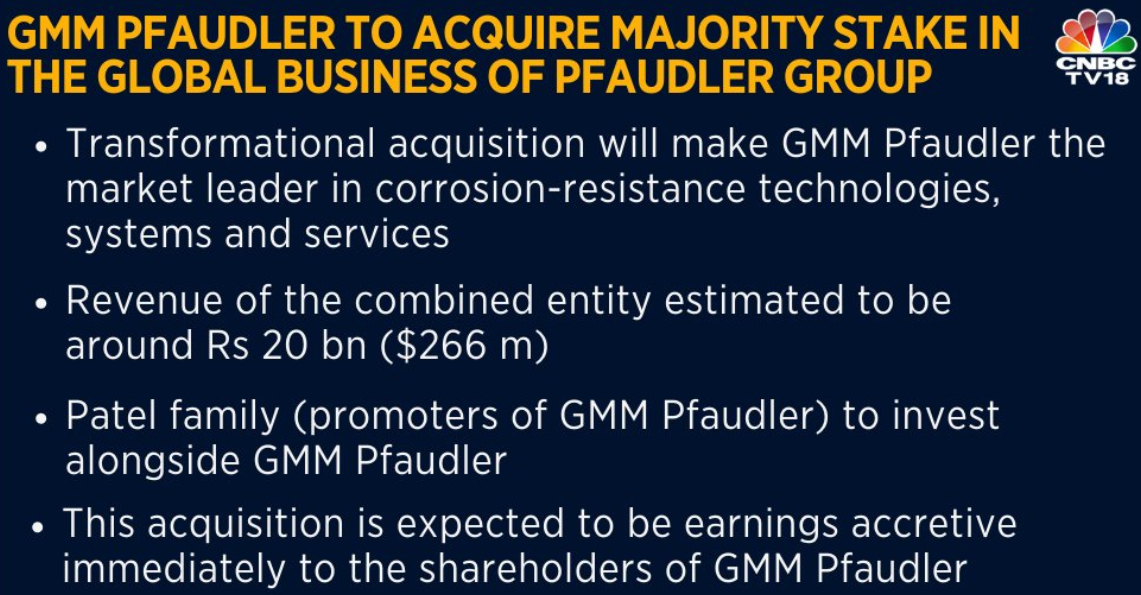 Crisil Ratings on Thursday revised the outlook on state-run Indian Bank’s four tier-2 bond issues worth a total Rs 1,600 crore to negative, while retaining the ratings of these debt instruments at AAA. It also downgraded rating of Rs 500 crore worth additional tier 1 (AT1) bonds to AA from AA+ and revised the outlook to negative, according to a regulatory filing by the bank. The domestic ratings agency had ‘Rating Watch with Developing Implications’ outlook on the Basel III compliant AT1 bonds and tier 2 bonds. “The negative’ outlook on debt instruments reflect the potential stress that the bank’s asset quality and consequently its profitability may witness on account of the current challenging macro environment,” as per the BSE filing.


Here are some global cues ahead of today’s trade Wipro | The company has set up a blockchain-based gas trading platform for Uniper Global Commodities SE.

GMM Pfaudler | The company has signed a definitive agreement to acquire a majority stake (54 percent) in the global business of the Pfaudler Group from Pfaudler UK.

Market Update: Divi’s Laboratories and SBI Life Insurance Company will be included in Nifty with effect from September 25, 2020.

SBI Life Insurance and Divi’s Laboratories will enter benchmark index Nifty 50 from September 25, NSE Indices, a subsidiary of the National Stock Exchange, said on Thursday. Bharti Infratel and Zee Entertainment Enterprises will be dropped from the Nifty 50, NSE Indices said in a statement. Besides SBI Life Insurance Company and Divi’s Laboratories, NHPC, Page Industries and Shriram Transport Finance Company will be excluded from Nifty Next 50. In their places, Adani Green Energy, Alkem Laboratories, Bharti Infratel, Larsen & Toubro Infotech and Tata Consumer Products will be added in the index. First up, here is quick catchup of what happened in the markets on Thursday

Indian benchmark equity indices, Sensex and Nifty ended lower on Thursday led by the slip in index heavyweights like ICICI Bank and Reliance Industries. At close, the Sensex ended 394 points or 1.02 percent lower to 38,220 while the Nifty50 index ended at 11,312, down 96 points. Nifty Bank remained the worst-performing index of the day, ending 1.29 percent lower while Nifty Media was the best-performing index, closing over 3 percent higher. Broader market continued to outperform the benchmarks, with Nifty Midcap100 index and Nifty Smallcap100 index ending 0.92 percent and 0.66 percent respectively. NTPC, ONGC, Power Grid, Coal India and BPCL were the Nifty50 top gainers while Tata Motors, HDFC, Axis Bank, ICICI Bank and Wipro were the top laggards.

Good morning, readers! I am Pranati Deva the market’s desk of CNBC-TV18. Welcome to our market blog, where we provide rolling live news coverage of the latest events in the stock market, business and economy. We will also get you instant reactions and guests from our stellar lineup of TV guests and in-house editors, researchers, and reporters. If you are an investor, here is wishing you a great trading day. Good luck!

Pure Neem Oil Market research is an intelligence report with meticulous efforts undertaken to study the right and valuable...

“ Dataintelo, one of the world’s leading market research firms has rolled out a new report on Cooking Oil...

Gushers and Dusters for the week ending Sept. 18 | Business

Editor’s Note: Gushers and Dusters is compiled from reports filed by oil and gas operators with the Texas Railroad...