Oil tanker runs aground off Mauritius spilling 4,000 tons of fuel into Indian Ocean


Oil tanker runs aground off Mauritius spilling 4,000 tons of fuel into its turquoise sea – as luxury holiday island declares ‘state of environmental emergency’

By Sam Baker For Mailonline

Mauritius has declared a ‘state of environmental emergency’ after nearly 4,000 tons of oil were spilt into the Indian Ocean when a ship ran aground.

A government statement said the Panama-flagged bulk carrier initially ran aground on July 25 but the National Coast Guard did not receive a distress call.

Online ship trackers showed that the MV Wakashio had been travelling from China to Brazil when it ran aground on a coral reef and its crew was evacuated. 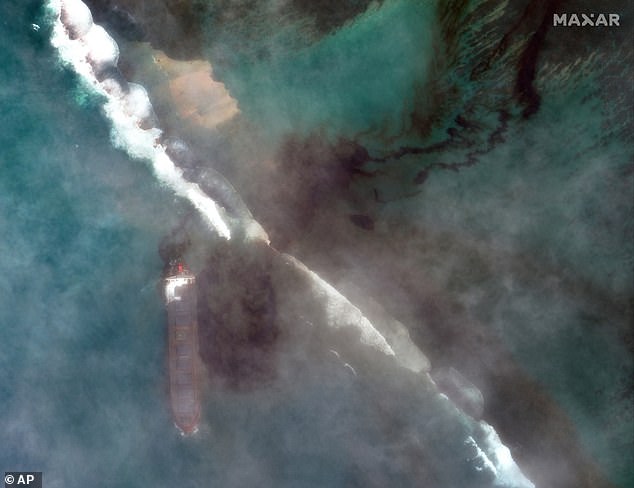 Mauritius has declared a ‘state of emergency’ after nearly 4,000 tons of oil were spilt into the Indian Ocean when the MV Wakashio ran aground 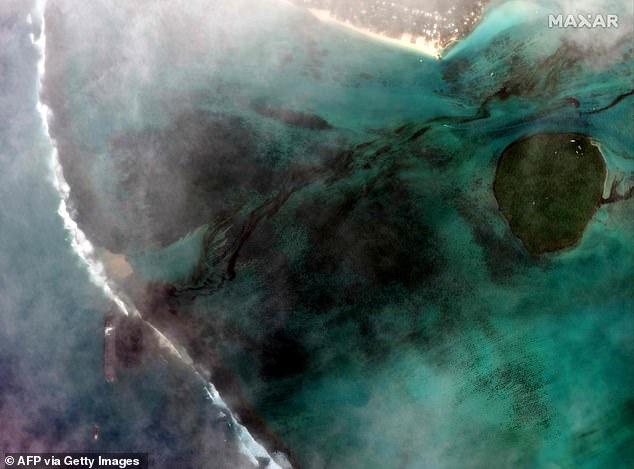 Prime Minister of Mauritius Pravind Jugnauth said that the oil spill presents a danger and he has had to ask France for assistance because the island nation of 1.3million people doesn’t have the expertise to re-float stranded ships.

A salvage team was sent to work on the ship but was evacuated from the area after cracks were found in the vessel’s hull.

Despite being registered in Panama, the MV Wakashio is owned by a Japanese company.

The island nation, which relies on its waters for fishing and tourism has deployed around 400 sea booms, physical barriers made of metal or plastic, to slow the spread of the oil. 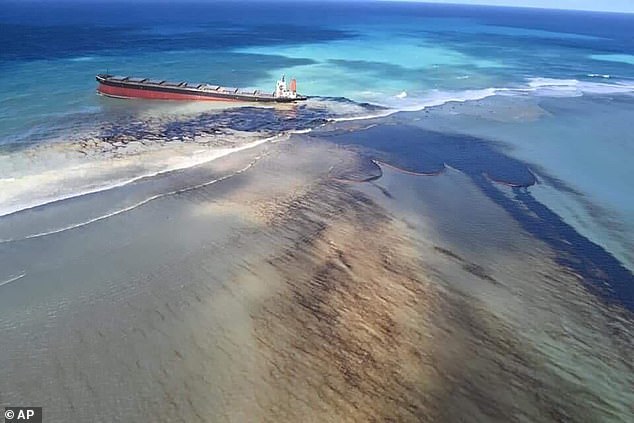 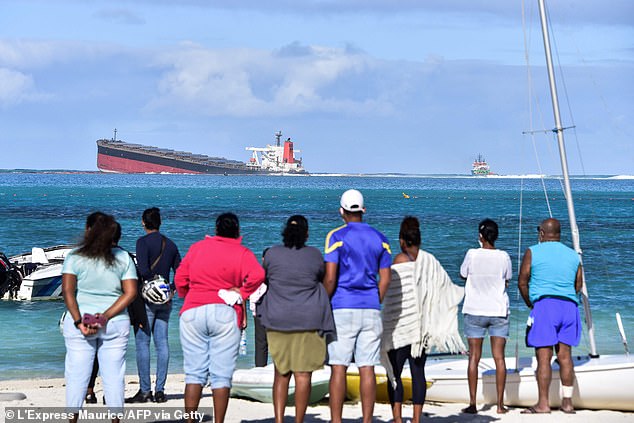 In a statement, Greenpeace Africa’s climate and energy manager, Happy Khambule, said: “Thousands of species around the pristine lagoons of Blue Bay, Pointe d’Esny and Mahebourg are at risk of drowning in a sea of pollution, with dire consequences for Mauritius’ economy, food security and health.’

Mauritius outlined a National Oil Spill Contingency Plan nearly a decade ago but it has proved inadequate and provided only enough equipment for a spill of ‘less than 10 metric tonnes’.

The environment ministry has blamed rough seas and bad weather for their failed attempts to stabilise the ship and prevent the spread of the oil.

The Mauritius government has said that police are now investigating the spill. 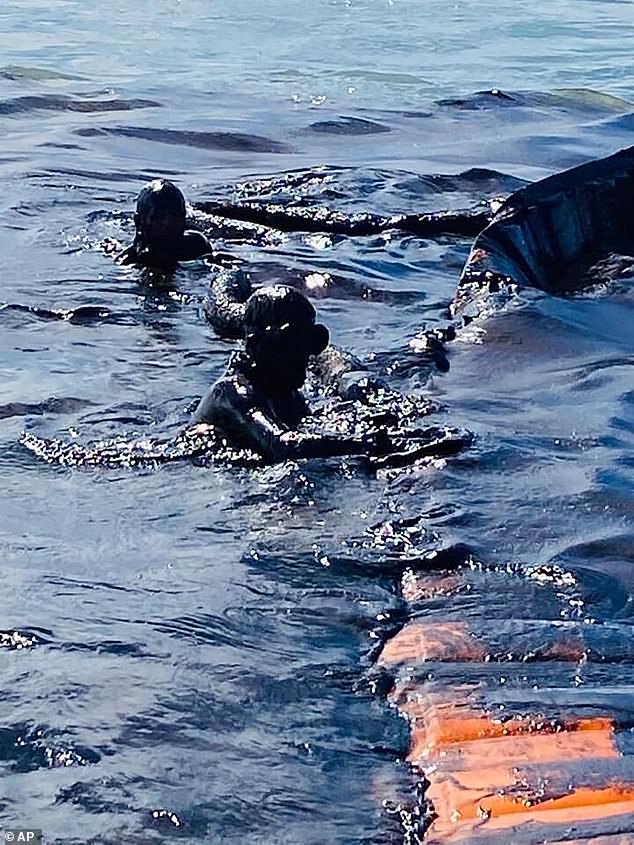 Oil prices have rallied after turning negative for the first time ever. Here’s the timeline for the oil-price war and April plunge.

How a Tenuous Saudi-Russia Oil Alliance Could Melt Down